Trying to book 2 Qatar J reward seats with Qantas points out of Aus to Doha in October. Ideally from Brisbane but happy with almost any Aus city. Can’t find more than 1 seat on any day and after searching Sydney and Melbourne as well. And that’s as a QF gold. Can find 2 seats from Doha to plenty of ports in Europe where we are onwards flying to. Anyone know if Qatar will release anymore seats for Qantas redemption? Or know of anything I can do? Looking on BA I can see 4 seats available on most days.

Just last week I booked 2 business class seats in Qatar’s Q-Suites from Paris to Brisbane using Asia Miles. When I did the search, out of interest I tried to get the seats to turn up on the Qantas website. I tried everything I could think of: a simple Paris to Brisbane search, a multi-city search, individual Paris-Doha and Doha-Brisbane searches … try as I might, they did not turn up on Qantas but were available with Asia Miles. Now you have added another piece of the puzzle by pointing out that they’re available via a British Airways search too!

What can you do? Call Qantas, point out that the seats are available from other Oneworld airlines, and ask whether you can book them over the phone. You may well need to call more than once before you can get through to someone who can help you.

I don’t know what Qantas’ hold times are like for their Gold Frequent Flyers at the moment … hopefully you’ll be waiting for many minutes rather than several hours, but be prepared for this to take some time.

I’d be very interested to know how you go.

Thanks for the reply and info. Yes it’s very strange and frustrating. I’ve been avoiding calling given the horrendous wait times lately, even as a gold. But I’ll give it a go and see what they say.

While not officially confirmed, Qantas Frequent Flyer currently only shows up to one Business reward seat on Australia-Doha flights. We don’t know whether this is a restriction on Qatar Airways or Qantas’ end. Phone agents won’t be able to see extra seats that other FF programs see.

Darn! With Cathay Pacific out of action (possibly permanently??) and so little Qatar availability, that makes travelling to Europe with Qantas points seriously problematic. Emirates is probably the best option, and their carrier charges are very high and their Business Class product not exactly cutting-edge.

Even Finnair is now talking about cutting back or cancelling their flights to Asia because they can’t overfly Russia, so there goes the (very attractive) option of using Qantas to fly to Delhi or Singapore and flying Finnair the rest of the way.

More and more I’m getting the feeling that Qantas points are the easiest points to accumulate and the most difficult points to use!

Oh damn. So no one has had any luck finding 2 seats on Qatar even close to the date?

“it’s well-documented that Qantas Frequent Flyer only shows up to one Business reward seat on Australia-Doha flights.”

That is if “well documented” means never mentioned before now. How come that’s never been mentioned on Point Hacks before now to my knowledge? That sort of information would at least stop a lot of folks’ fruitless searching. Just saying.

Hi Graham, I’ve adjusted my wording. I’ll see if we can get any confirmation out of Qantas or Qatar to talk about it wider.

I haven’t actually booked one yet, so I can’t confirm for sure whether another seat is released. Based from what I’ve read from other people’s experiences elsewhere, it doesn’t seem likely though.

This recent article might shed a bit more light on the matter. 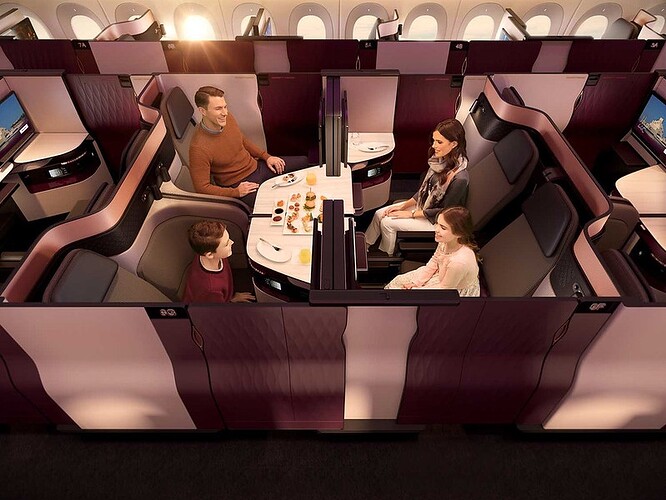 Unfortunately the article just confirms that only 1 seat out of aus can be booked but no one knows whose fault it is. Frustrating.

Darn! With Cathay Pacific out of action (possibly permanently??)

Where has this come from? I was noticing that I couldn’t find any Cathy rewards with my Qantas points.

Hong Kong has banned transit passengers from most countries, including Australia, since January. The ban currently goes until April 20 but it’s been extended twice already. In addition, if you wanted to enter Hong Kong itself you’d need to quarantine in a facility for 14 days and then monitor for an additional 7 days.

Where does this leave Cathay Pacific? Unless/until the transit ban ends, the official technical economic term is “up the creek”. Cathay Pacific’s owners have deep pockets, but it seems to me and others that time is running out…

Just booked 2 J flights to London on Qatar! On the exact date we wanted. As per the pointshacks FB page Qatar has opened up more availability finally. Heaps of seats available.